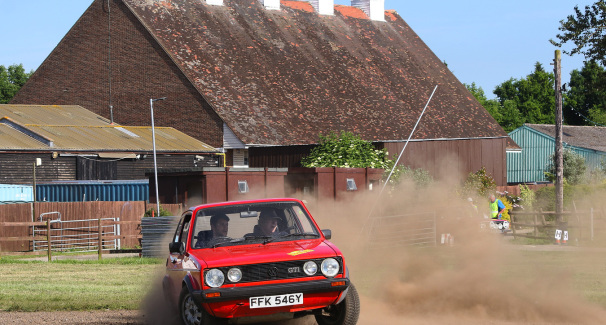 Congratulations to Stephen Owens and Nick Bloxham on winning the 2021 Hughes Rally. Full results available by clicking the button below. Looking forward to welcoming competitors new and old to The Hughes Rally 2022

The Hughes Rally from its inception as an Historic Rally was the brainchild of Andy Gibson who sadly passed way in 2016.  Andy's funeral and memorial took place just a few days after the 2016 Hughes Rally.  Andy was a highly respected figure in the world of rallying with many wins to his credit.  Many people from the world of rallying came to pay their respects at Andy's memorial and the continued running of the Hughes with it's well supported entry stands as a testament to Andy.

From 1965 to 1981 the Hughes Rally was the Blackpalfrey Motor Club's premier night rally and became a regular round of the ASEMC Rally Championship.

In 1996 the Hughes Rally was revived as a daytime Historic Road Rally and since 1997 has been a popular HRCR championship round.